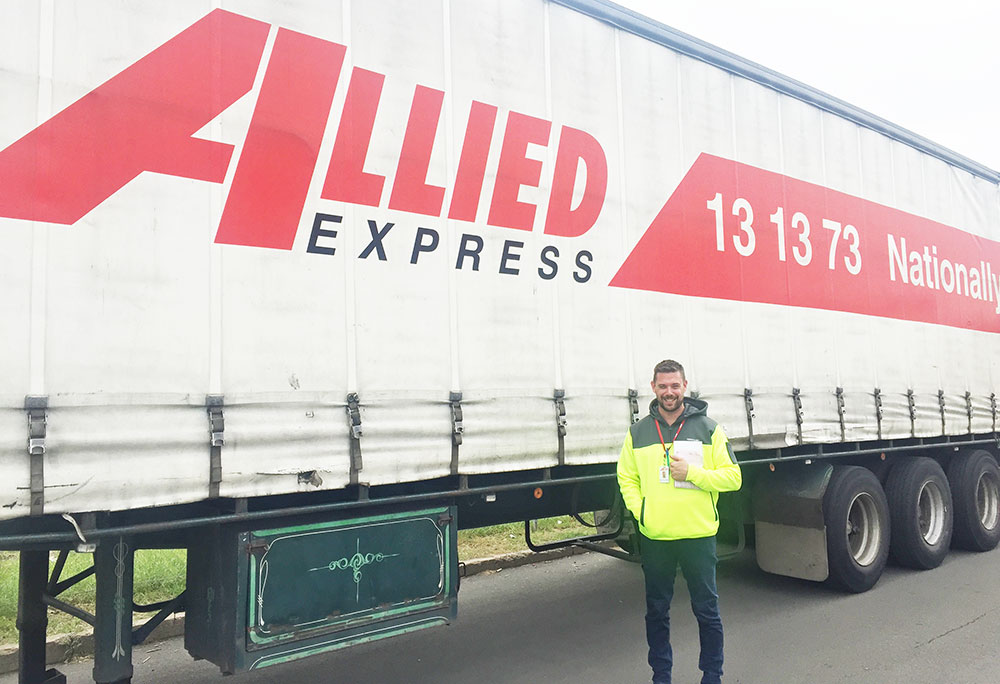 In 2001, he decided he wanted to join the Australian Defence Force (ADF). Whilst he was mainly based in Sydney throughout he's thirteen years of service, he was also deployed to East Timor, Afghanistan and Iraq.

When asked why he wanted to join the army, Ballentine honestly said "I wanted to try something different. One year turned into five then before I new it, thirteen years had gone past. I knew that I had to make a choice to either stay or leave the army.”

Gareth decided it was time to take a break from ADF life. In 2014 he started working at Allied Express. He's career development has been a well rounded one. From his experience with the ADF, he took with him experience in strong leadership and problem solving skills. He started off as a Fleet Manager, managing a fleet of over 250 vehicles. From here, he learnt about the driving force of the largest privately own transport business in Australia. Quite simply put, he was instrumental in the operations of the business ensuring that the drivers delivered efficiently and productively. He then moved on to being a PM Shift Supervisor at Sydney deport in Chullora, followed by a National Operations Administration role. He then took the role of site manager at the Delonghi warehouse, where Allied Express organises direct shipment to their customers.

It was a challenging time for Gareth to transition back to civilian life. "The Army was about structure and rules; black and white. Working at Allied Express has given me the opportunities to make decisions that impact the business. No day is ever the same. The transport business is constantly moving and my role has been adapting and moving with it.”

Allied Express is committed to the development of the employees, "I'm grateful for the opportunities that Allied Express has offered to me. I've experienced most parts of the operational side of the business which makes me well equipment for my role today.”

We're committed to be an employee of choice for our Australian Veterans and helping military families. We are the proud sponsor the Prime Ministers Veteran Awards.

Looking for a role with Allied Express? Click here